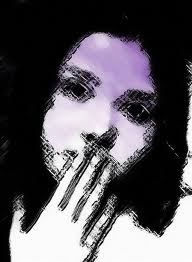 Because of childhood abuse and a vicious attack, I have been dealing with PTSD (Post Traumatic Stress Disorder) in therapy since my 20’s. I am in my 50’s now. But in November of 2010, my God (whom I call Papa; Pops for short) stepped in and released me from something attached to this PTSD, that was transforming.

I was in OA (Overeaters Anonymous) at the time and trying to take Step Four; as the program suggests. In the Anonymous programs, Step Four is the ‘Inventory’ Step which says “Made a searching and fearless moral inventory of ourselves.”  But how could I take an inventory of myself when I did not know what was wrong with me? I did not know I had anxiety so deep I was not even aware I had it.

Anxiety was such an integral  part of my life that I did not know I could live any other way. I did not know that I was always tense… that breathing was always difficult for me. Now I am pretty much free of this horrible monkey on my back. I feel like 100 lbs has been lifted from my shoulders. I feel lighter. I can breathe. Life has became easier to bear and a lot of associated depression has disappeared. I was so surprised ! 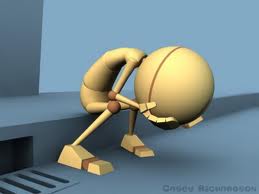 How this happened is something I remember decisively. I was dealing with food addiction and was having a particularly hard day with it. Things were so difficult that day that I was brought to my knees. I began begging Papa to…

Fix me however I need to be fixed.

I didn’t know what was wrong with me, all I knew was that, without my comfort food, I was having a terrible time of it and something was wrong! 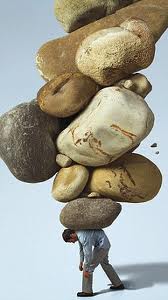 Then, while in this kneeling posture, I found myself starting to breathe… full, deep breaths. Why I began doing this, I do not know, but unexpectedly I heard Pops voice. He said…

I am going to take away your suffering.

Instantly I felt something lift from me and I felt a relaxation I’d never experienced before in my entire life.

I do not believe most people live with this type of anxiety. There are some, however, that do suffer under this burden in their lives. They do not know they have it because it is so deeply entwined into the marrow of their bones… pressing down… relentlessly… constantly… so that a person would say. “I feel like life is impossible, but how else is it to be lived, except in this way?”  In fact the people I am trying to talk to right now, probably do not even think about it at all… it just is. They do not know they have it. The anxiety just is…

You might be asking. “But what about the deep breathing? Why was  it so important?”

I will tell you why. I did not know what I was doing at the time but later I realized that through the deep breathing, I was having… a dialogue with God….

As I am sure you have guessed, I am a devout Christian. This is an integral part of my recovery story. And, as a Christian, I realized… it was all about trust  (faith). Through the deep breathing, I got to utter and complete, down to the bone, faith in Pop’s love for me. And my faith in His willingness to help me.

Your faith (trust) has healed you.”
and
“He could not do many miracles
because of their lack of (trust) faith.

The deep breathing was all about allowing for this trust.

“So what exactly is this faith (or trust)?”  you might be asking.

I will do my best to answer that question.

Faith/trust is this thought which is driven deep to the core, that says;

I can not see, hear, touch, taste, or smell the spirit world… but I believe to the core of my being that there is such a place, and in that world the laws operate differently than the laws we must live under in our earth world. And the power available for healing us is very great in this other world.

I believe to my core that, in that world, the beings can do things with me that my own world could never do… like extracting the anxiety deeply entwined inside my body. Like…

“Fixing me however I needed to be fixed”.

**Peace and Feloreaw to our Great God and Father**

Join the discussion if you would like. Cancel reply 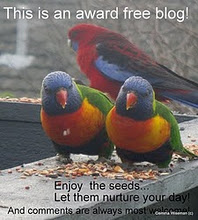 Here are some of my posts

A Blog for the Critical Consumer of Psychotherapy

Love is the answer - now what's your question?

Jean M. Cogdell, Author-Writing something worth reading, one word at a time in easy to swallow bite size portions.

Funny story and essay about Bangkok, Thailand and around Asia.

A Buick in the Land of Lexus

I'm Michelle. This is my blog. I write about women and fatness, expound upon semi-coherent thoughts I have in the middle of the night, and offer tough love to those in whom I am disappointed; they are legion.

A crazy quilt of poems, stories, and humor

Hope isn't an emotion, but a daily choice. Choose hope.

It's about the journey not the destination

thegirlwriting
The Girl With Words

Typing what comes to my head...

Learning to live my life with anxiety, depression, and self-harm (and other things).

Growing towards God as an Introvert

Searching for a God who's playing hard to get.

In My Father's House

In Your light we see light...

a life redeemed from the pit

Concerning the lives of sensitives, narcissists, artists, ADDers, survivors of narcissism and abuse.